The Beginner's Guide to Football

Trying to get your head around the world's biggest sport? We can help

Here below is the most basic layout for a football team, the formation known as 4-4-2, which describes there being 4 defenders, 4 midfielders, and 2 attackers. This is the most basic format, but don't be worried if you see abbreviations that you don't recognise. Here are a list of common other positions that are not included in the formation below.

CDM: Centre Defensive Midfield. These players play in the midfield, but also make sure to sit back with the defenders.

CAM: Centre Attacking Midifled. These are midfield players, but they love to run forwards ready to shoot at goal.

RWB/LWB: Right and Left Wing Backs. These defenders love to run up the wing and swing in a cross.

RW/LW: Right and Left Wing. These wingers are great as attackers and at crossing the ball. You'll often find them kicking the ball into the box or cutting inside and taking a shot.

CF: The centre forward. This striker plays in a more central position and slightly more forwards, looking to run round the back of the defenders. 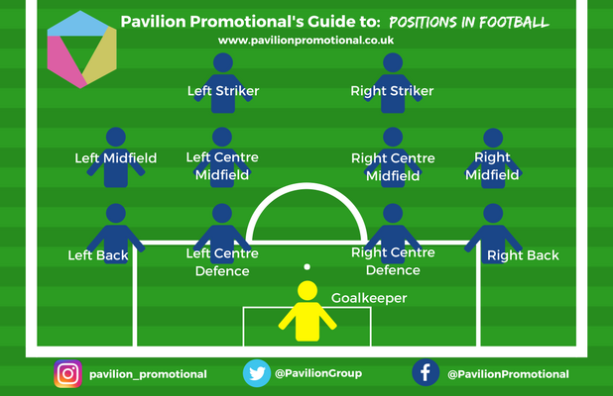 It's time to kick off, and here are some of the basic rules to help you get started. A lot of the rules are ones you'll pick up along the way. Remember to watch what other players do to try and improve your game.

The aim of the game is to score goals, done by kicking the ball into the net at either end of the field. A game is won by scoring more goals than your opponent.

Passing the ball can be done by any player on the field to any other player on the field, both forwards and backwards.There are only a few rules to abide by with passing. The first is the offisde rule, which we'll cover in a bit. The next is when you pass to your own goalkeeper, he may retain possession of it with his feet or head, but he is not allowed to use his hands. If you head the ball to him, then that rule is cancelled out, allowing him to pick the ball up.

1) The ball is kicked from the centre spot at kick off, at the start of the second half and after every goal. The ball can be either rolled forwards or backwards.

2) No players can be in the opposition half when there is a kick off occurring.

3) Fouls result in free kicks in everywhere but the opposition penalty area. Then they are awarded a penalty.

4)You are only allowed to tackle a player in control of the ball, and physical collisions have to be to a minimum to avoid drawing a foul.

These are some of the fouls which will cause the game to be stopped and the player to potentially be punished by the referee.

2)Touching the ball with your hand (when you are not a goalkeeper).

3)Diving, otherwise known as simulation and trying to get a foul when there was no foul.

4) Being offiside. You will not be punished for being offside, but play must be stopped.

5) Physical violence. There is no punching, kicking, biting or shoving allowed in the beautiful game.

6) Foul throw. You must have the ball behind your head before you throw it back onto the field. Anything less will result in you losing possession for no reason.

The offisde rule is something you will hear about a lot in football, as usually they make for very controversial decisions. The officials are constantly under scrutiny for their calls when it comes to offside, and the problem is, in a split-second of action, it's very hard for them to tell - This is one of the reasons fans and teams are calling out for video-referees.

You will know when an offisde call has been made by one of the linesman raising his flag directly into the air, and the pointing it out directly in front of him. 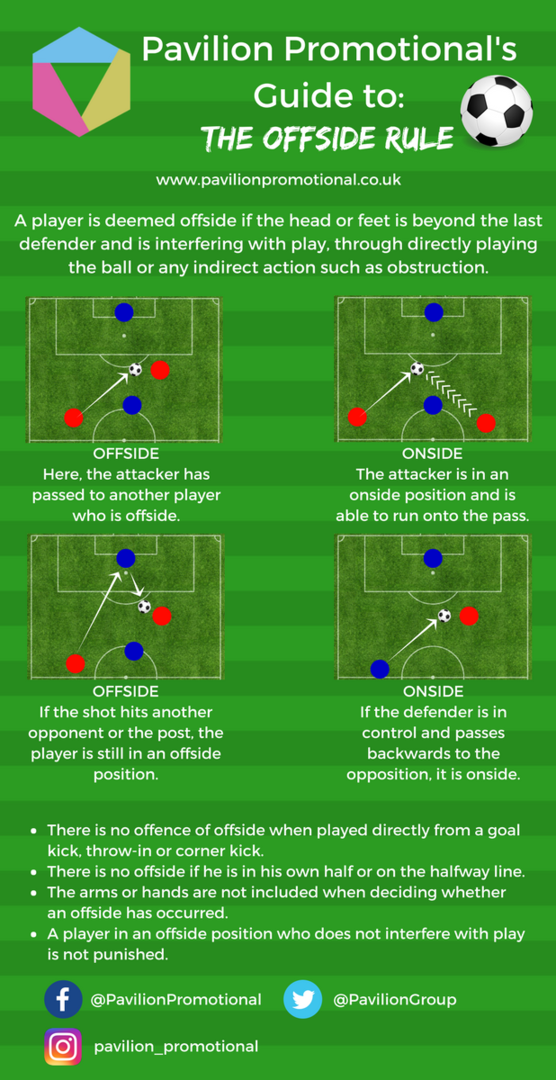 If you have any queries or wish to make an appointment, please contact us:

Get social with us